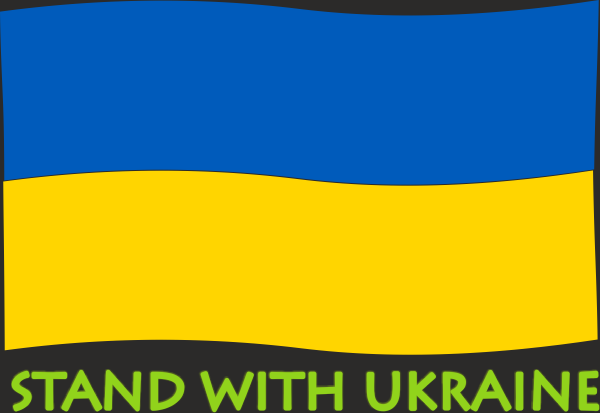 The Black Forest is known for its long tradition in the watch industry. Most think of cuckoo clocks, but wristwatches also have their home there. And since 6 Years will be on the northern edge of the Black Forest, more precisely in Pforzheim, Vectrex games manufactured. Of course, six years are not yet a long tradition and the Vectrex games are not manufactured but are created as an accessory while learning. Either way, it's a very nice thing for us Vectrex friends.

This year are current 20 Students there, in total 180 Hours to get to know hardware-related programming using the Vectrex. Under the direction of Professor Peer Johannsen, the students develop despite difficult circumstances – Corona still sends its regards – first a concept for your game to then implement it in the following months. The variety of games should be great again this year – the Vectrex Academy project gallery 2021 gives an up-to-date and impressive overview and the concepts are already interesting and worth reading.

I wish all students many new and interesting insights into their projects, good success and, last but not least, fun!

The title already reveals to connoisseurs of the retro scene, what it is: Hera First – a clone of the one published in the 80s by the Japanese games company Konami “Juno First”. I do brisk always like the origin of the name, Hera Primera as a linguistic allusion to Juno First is clear, but at Juno First I didn't find anything. For the first 2009 resulting Atari 2600 version of Juno First, a story with a colony on the planet Juno was invented; but the real origin of the name seems to be a mystery.

But now Hera Primera, that of the developer Ulrich Schulz aka PeiseLulli already 2016 had started. PeiseLulli is mostly in the C64 scene and dared to do the Vectrex for the first time with Hera Primera. Even the very first version of Hera Primera impressed with the good depth effect and the very nice and fluid animated opponents. The youngest, after registering in the C64 forum downloadable trial version, is from June 2018 and is very playable and with different levels.

For a few months now, PeiseLulli has not been working alone, but is reinforced by Oliver aka v3to (Logo and color foil) and Kamil aka Jammer (music) under the name “PriorArt” on road. The goal is a complete version of Hera Primera with a module, Box, Instructions and color foil to produce. Here is a current video, which the first 5 Level by Hera Primera with the catchy music and the very well coordinated color foil shows:

The full game will be available to order at some point and hopefully will continue to be available for free download. I will update this post, when the time comes. Hopefully soon!

In the much-heralded by the press Super Blue Blood lunar eclipse on 31. January no one has really seen something in Germany. It was cloudy and a lunar eclipse occurs more often and is not compared to a solar eclipse as impressive. The Lunar Eclipse seen from the moon would have been worth seeing and is similar to the course and by the sight of her a long eclipse.

Interesting and exciting is also a ride over the moon, you can do on the Vectrex now with Vector Patrol. After Vectrexians and Vector Pilot Kristof Tuts has now brought out with Vector Patrol his third game for the Vectrex. And what a great game! In the clone of the arcade classic Moon Patrol, the player controls a moon vehicle and thereby must craters, Mines and much more cleverly skip, dodging bombs and bullets and shoot spaceships and tanks.

Again Kristof has the vector graphics and the color film used in an optimal and coordinated. Vector Patrol is with the image, the music and the sounds and the feel and content very close to the original. Moreover Vector Patrol offers impressive cutscenes in 3D and subjects, which can be unlocked. Kristof really got everything out of the Vectrex. Thanks Kristof, for the excellent Vector Patrol!

In the 80s, the new German wave over Germany rolled. The 99 Balloons and Major Tom probably one or the other still be in memory. As 1985 Rolf Maahns “fever” im Radio trällerte, the Vectrex was back story.

The Vectrex fans can now cheer:
After developing the impressive Robot Arena Thomas sat Sontowski development for the Vectrex continued and devoted himself not only the software but also the hardware. Thus arose the “VecFever”, a very universal, rewritable Multi-Cartridge. The VecFever has much to offer and is the “Swiss Army knife” for the Vectrex.

– For Vectrex player offers the VecFever:
Thomas has the VecFever his games Robot Arena, The Core, Head On and Rock ‘N’ Saucers packed; four very well-crafted and challenging Vectrex title.
All original games of GCE are also included and the VecFever also offers a special feature here: Each of the original games has its own high score list with the logo of each game and the player can enter his famous initials after reaching a high scores as the game room and so enter into the highscore list of each game. The high score lists are thereby permanently stored, d.h. the high scores are even after switching off still available.
Vectexspiele (Binaries) can transfer from the PC to the VecFever and chosen as with any multi-cartridge from a menu, be started and played.

Finally, the VecFever still has a jukebox function with which one almost 3,5 Hours Music, so-called chiptunes, can listen.

With the VecFever Thomas is a showpiece for the Vectrex succeeded, the players and developers alike will delight. For the Vectrex and their further future VIDE and VecFever important puzzle pieces. Thank you very much, Thomas, for the outstanding VecFever!

– Addendum in March 2021:
The VecFever was sold out for a long time but now seems to be available again. Anyone interested in a VecFever, Thomas should use the contact form on the website www.vecfever.com Write and ask for a VecFever.